An Interview with Ellen Gerstein – By Philip Smolen

One of the movies that positively blew me away last year was the terrific short film “Come away with Me” (for my review please go here). Directed by and starring the amazing Ellen Gerstein, “Come Away with Me” is an interracial love story about Anne, a mature woman who goes to her high school reunion with hopes of rekindling her romance with Michael (wonderfully played by Charles Robinson). He was her sweetheart from the 1960s and her one true love who went on to became a war hero and now suffers from PTSD and Alzheimer’s disease. This movie had a powerful effect on me that lingered for days. I needed to know how this fantastic film came together, so I reached out to Ellen’s representative and they put me in touch with her. Our interview was wonderful and I discovered that Ellen is not only a remarkable actress, but a fabulous writer, director, producer and music composer as well. I learned so much from talking with her and I know that Rogue Cinema readers will really enjoy learning all about her as well. So sit back, get comfortable and get to know the incredible Ellen Gerstein. 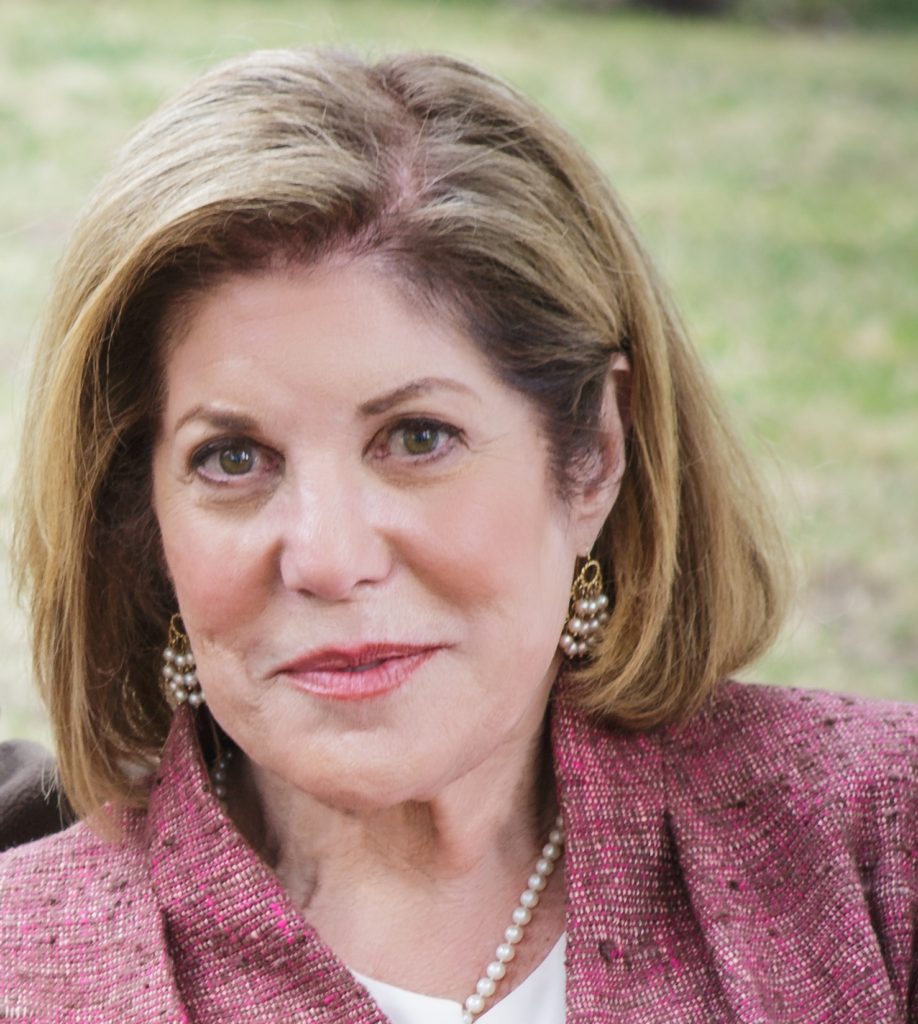 RC: Ellen, you’ve had an incredible career as an actress, producer, writer and director. What do you feel has been the key to your success?

EG: First of all, I believe that success is doing what you love to do. That’s what it means to me. I think that you must never give up and keep on trucking and always do the best you can and make sure that what you do touches your heart. You have to do what’s in your heart.

RC: Tell me how you got into acting.

EG: Well, initially I was a social worker for the Department of Welfare in New York! I was born in the Bronx (although I was raised in Miami) and after college I came back to New York and worked for the Department of Welfare for six years. But I was also in therapy at the time and I remember the therapist saying that you have to do what’s really in your heart. So finally after six years I started to study with Lee Strasberg because acting’s really what I wanted to do. I was fortunate to study with him in both in New York and LA for a total of five years.

RC: You’ve acted in a number of wonderful films and TV shows. Do you have a favorite performance?

EG: I’ve loved every character I’ve done but I’ve especially love Aunt Rande from “Shameless.” I mean she was such a badass and so direct. I also did a series called “The Whole Truth” where I played a character named Tina who assisted the lead attorney. I loved her because she really ran the whole show. There was also an indie film I did called “Treasure of the Black Jaguar” (2010) where I played a mother who was overbearing and loved to nag. I love to play mothers like that! And then I loved “Come Away with Me” as well because Anne was such a wonderful character. She had the strength to go back and see if she could connect with her true love. It was so touching; that’s what I loved about it.

RC: You’ve had success as an actress, screenwriter, composer, producer and director. Each of these endeavors requires a different set of skills. But what are the emotional rewards for each of these areas?

EG: As an actress I feel that most of the time I represent the common man, someone who people can relate to. And I love that. That’s very rewarding to me. When I’m writing I like to present a real and true aspect of life where you laugh and cry. There can be comedy in the situation, but it has to be heartfelt. I also like to represent people who don’t feel like they’re a part of society. I like to write about those types of characters. When directing, I love to tell stories that people can feel and I’ve had a lot of people come up and tell me how much the project I directed touched them or how much it meant to them or how much it reminded them of a certain person in their life. So I try to be very real and heartfelt with my directing as well. As far as composing I like for it to be a character in the film, but it can’t overwhelm and take over.

RC: Now let’s get into “Come Away with Me” which was one of my favorite films from last year. How did you become involved with the project?

EG: Well it was originally a one act play written by a gentleman named Dave Field called “A Couple of Horses Asses” and I did the play at the actor’s studio with a friend and I fell in love with the piece. I thought it would be a good short film so I adapted David’s play into a screenplay, although I had to edit it and change it a bit. But I fell in love with both characters.

RC: Two characters plays are tough to pull off but two character movies are even tougher. How did you prepare for that challenge?

EG: It always comes down to the characters. As I said before, I loved the character of Anne because of her perseverance to try and find happiness one last time. I love characters with grit so I couldn’t wait to bring Anne to life. Also, when I was in college at the University of Georgia, my boyfriend was an African American who went to Moorehouse in Atlanta and I still think of him but I’ve never been able to find him. So it touched my heart that Anne had the courage to go back and find her sweetheart. So there was also a personal connection between the character of Anne and me!

RC: How did you choose Charles Robinson as Michael? You both have a wonderful chemistry together. Did the two of you ever work together before? 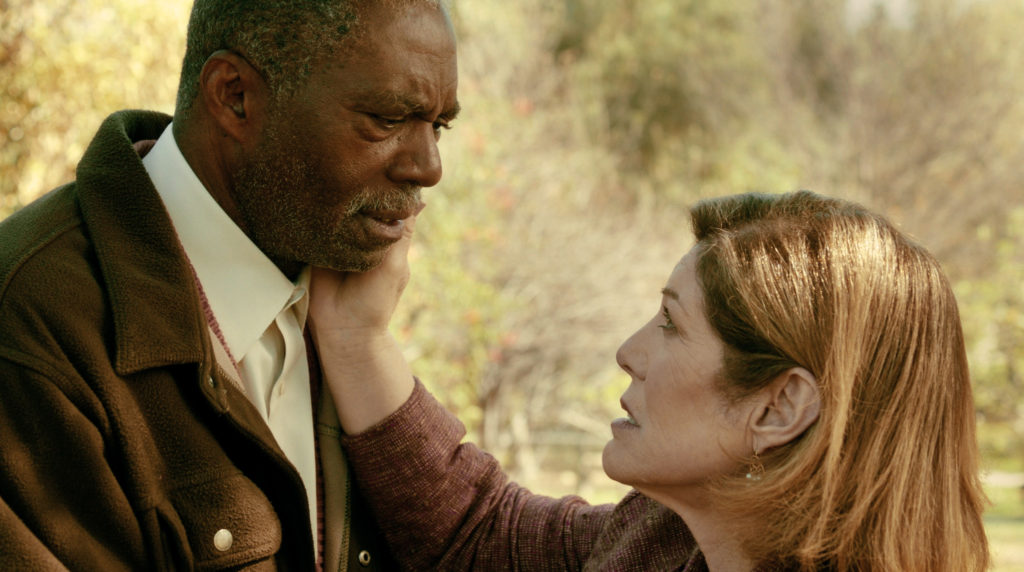 EG: I wanted the character of Michael to still have the look that Anne was so in love with. And Charlie looks terrific. I know him from the actor’s studio, but I had never worked with him before even though we always said hi to each other. And then one night I couldn’t sleep because I couldn’t figure out how to cast Michael and then it just hit me; Charlie Robinson is Michael! So I called Charlie and I told him that I really wanted him to play the part. He loved the script even though he never played a character like that before.

RC: What other challenges did the film present to you?

EG: Well, being the director and the lead actress it was difficult to enjoy the process. That’s because time is money and you have to hurry and that was a significant challenge. I would have liked to have had more time.

RC: Where did you film?

EG: There’s a place called Casa de Soul which is about 40 minutes outside of Los Angeles and it is a school for people with developmental disabilities and it has this wonderful yard with a tree and there’s something so sweet about this location. So we got permission to shoot there and I took a bench from the actor’s studio and I plopped it down near the tree and that was it! There was something so romantic about it. And the bathroom in my house was used for the movie’s first scene!

RC: Was there a reason you decided to compose the lyrics to Anne and Michael’s song yourself?

EG: Aaron Gilhuis composed the wonderful score for the film, but I was walking my dog one day and I was thinking back and I remembered that when you went steady during the 1960s you wore your steady’s high school ring around your neck and you always had a song. So I suddenly realized that Michael and Anne had to have a song! It would be the third character in the film. So I wrote their song in my head while I was walking the dog. But by the time I got home I remembered the words but not the music! So I called my friend Catherine Grealish, who is a wonderful composer, and she put music to my lyrics and it just came out beautiful and it was quite haunting. Then Holly Cavanaugh, who was on “American Idol” a few years ago sang it and Luis Eric Gonzalez from Earth Wind and Fire did all of the horn tracks. Ralph Guzzo and I then produced a music video of the song called “Come Away with Me Tonight.” It was a lot of fun and a great experience. I even directed a documentary about the making of “Come Away with Me!” 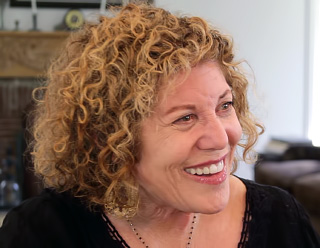 RC: Ellen, the film was warmly received by critics and film festivals. Did the critical reception surprise you?

EG: You know, nowadays a lot of films that you see at festivals are mostly visual experiences. And I’m thinking to myself that my film is just two people talking on a bench! But I also felt that audiences would be able to enjoy these two people and their relationship, so I thought it would do well. And the reception was just terrific. Right now we’re gearing up for HollyShorts (a famous Hollywood short film festival running August 11 through the 20th). They want the film to be part of the festival again. It’s going to play on Tuesday August 16 at Hollywood and Highland.

RC: Ellen, you should be extremely proud of “Come Away with Me.” Now tell me what you’re currently working on.

EG: A few years ago I had made a film called “Waiting for Ronald” which was about a developmentally disabled young man who leaves the facility where he spent years and he meets his best friend who used to be in the facility as well. So they get an apartment house, get jobs and fall in love, stuff like that. So I adapted the film into a project called “Adventures of Ronald and Edgar” which will be a half hour dramedy series which explores their lives and shows how they get along as roommates. They’re sort of “The Odd Couple”, just a little odder. I wrote the pilot episode as well as several others. So I’m starting to pitch that now. It’s really quite wonderful, funny and real.

RC: Sounds fantastic Ellen. Where can Rogue Cinemaniacs find out more about you and your fabulous career?

RC: Ellen, thank you so much for taking time out from your incredible schedule to talk to us. Good luck and best wishes from everyone here at the website!

EG: Phil, this has been wonderful. Thank you so much!