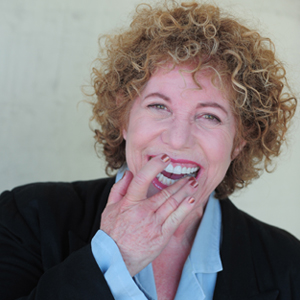 Ellen Gerstein is a director, writer, actor and member of the Alliance of Women Directors. She wrote and directed Waiting For Ronald, which won international awards for its inspiring story of a mentally challenged man creating a new independent life. Her feature script, Just South of Normal, won the Roy W. Dean Screenwriting Grant. She co-wrote, and starred in a short film, Silent Laughter out of the prestigious AFI Directing Workshop for Women. Ellen also co-wrote, co-produced and starred in the award winning interactive play Club Disco, which ran for eight months at the Lillian Theatre.

She brought her experience as a licensed therapist and standup comedienne to the stage, writing and starring in her one-woman show, My Psychotherapy Comeback Tour, which was a semi-finalist in the Samuel French Short Play Contest and played in the New York Fringe Festival.  Ellen Gerstein's film credits include her most recent roles in America is Still the Place, Treasure Of The Black Jaguar, and Swelter with Alfred Molina. Her television credits include recurring roles as Aunt Rande on Shameless for Showtime and as Tina on The Whole Truth for ABC.  Ellen studied acting with Lee Strasberg, script analysis with Stella Adler and is a lifetime member of the Actors Studio. 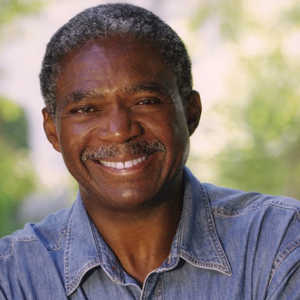 Charlie Robinson, veteran actor from Houston, Texas, studied at Studio 7 Workshop and the University of Houston along with the Alley Repertory Theatre, and was acting VP of the Urban Theatre; before he moved to Los Angeles, and became a member of the Actors Studio.  He honed his craft at the Mark Taper Too, Inner City Cultural Center, South Coast Rep., The Actors Studio Millennium with Lyle Kessler’s UNLISTED, also acclaimed DRIVING MISS DAISY with Diane Ladd and other LA theatres. His films include:  APOCALYPSE NOW, THE RIVER, SET IT OFF, ANTWONE FISHER,  EVEN MONEY, JACKSON, STEAM, NATURAL DISASTERS, soon to be released SWEET KANDY, HOOVEY, and MAYBE SOMEDAY.  Television credits include many pilots, as well as being a regular on BUFFALO BILL, NIGHT COURT, LOVE & WAR, INK, and BUDDY FARO; in addition, he presently recurs on HART of DIXIE, and THE GAME, others included HOME IMPROVEMENT.  There were great roles in MC BRIDE, THE RICHES, MY NAME IS EARL, COLD CASE, HOUSE, BERNIE MAC, STILL STANDING, and countless others.  He is a CAMIE Award winner twice, for his roles in MISS LETTIE AND ME, and SECRET SANTA; both movies made for TV.  As for radio, one of his favorite performances was the lead in Walter Mosley’s BLACK BETTY.  He was the 2006 Ovation Awards Winner for Best Actor in a play as Troy in August Wilson’s FENCES, and the 2010 Image Theatre Award Winner for Best Actor in a Play for The WHIPPING MAN, as Simon, a role he will reprise at South Coast Rep., this winter 2015.  Willy Loman was his last major role for SCR's DEATH of a SALESMAN.  He was part of the winning ensemble for 2013Theatre Image Award for JITNEY.  He has performed for years as a guest artist for the Oregon Shakespeare Festival, a guest at the Old Globe, and countless other national theatres. 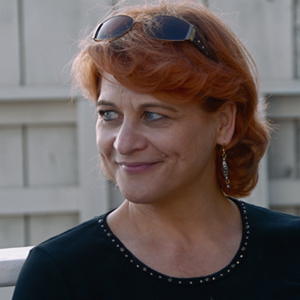 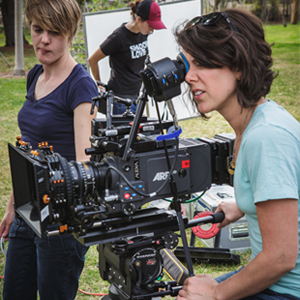 Cinematographer Polly Morgan has emerged as a fresh young talent at the forefront of independent cinema.

Since graduating from the American Institute a short three years ago, Morgan has shot eight features, which have played at Sundance, SXSW and Tribeca and have won numerous awards for Best Cinematography including the Gerald Hirshfeld ASC Award.

In the last two years Morgan has been part of the BSC’s “New Wave”, heralded as an ASC “Rising Star” and been included in the Local 600’s “Generation Next”.

Morgan’s work is not limited to Independent film, working on the hit FX show “American Horror Story” and BBC’s “Call The Midwide”.  Morgan also works in the commercial market shooting for big brands such as BMW and Target.

From London to Los Angeles, Mumbai to Fiji, Morgan has travelled the globe, with an eye for arresting imagery and a desire to share the stories of the human experience. 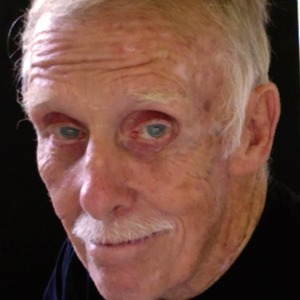 Dave Field is a veteran and former ad man.  His only combat experience was two years fighting boredom at Ft Hood, Texas.  In the early ‘90’s, an idea born on a restaurant napkin turned into “A Legendary Christmas,” a children’s play subsequently invited to the 1993 Sundance Children’s Play Lab, where it was workshopped into its present form. It now resides at YouthPlays.com. In 2005, “Symmetry,” a power struggle set in academia, premiered at Chicago’s Victory Gardens Theatre. it earned a Joseph Jefferson Award nomination for best new play. Other successes include comedies, one-acts and his own website,  TheatreDave.com. 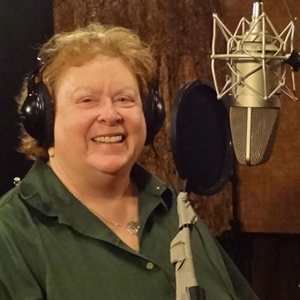 Victoria Rose Sampson is a writer/director, film and sound editor. She has been a renowned Feature Film Sound Editor since 1973. With over 169 titles of post-production sound work, some of her credits include Hot Tub Time Machine 1 and 2, About Last Night (2014), Odd Brodsky, and Cut!  Also, Sex and the City I and II (feature films), The Fighter, Scream 4, Pirates of the Caribbean:Curse of the Black Pearl, Old Dogs, Wild Hogs, Hot Tub Time Machine, as well as Donnie Darko and Return of the Jedi. Victoria Sampson is a member of the Academy of Motion Picture Arts and Sciences and is a graduate of the AFI's acclaimed Directing Workshop for Women. She has written, directed, produced and edited two award winning short films as well as a dozen commercials. She directed a PSA for Women in Film for the Down Syndrome Research and Treatment Foundation. The 30 second spot has already won a Telly award and a Gold Aurora Award.  She is also a  member of The Alliance of Women Directors where she serves on its Board of Directors. She teaches post production sound to help directors and sound professionals get the most sound bang for their buck at Video Symphony, USC and Moviola Digital. She is currently in pre-production for directing her first feature film SHELBY’S VACATION for writer/producer Nancy Beverly. 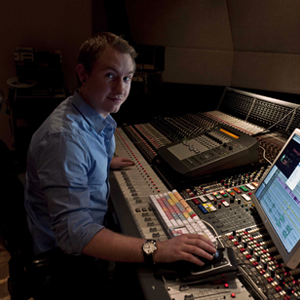 Aaron Gilhuis was born in Ottawa Ontario, into a very musical family. He was exposed to music at a very early age. His mother is a piano, voice, and violin teacher, his father a bass player.

At the age of 12 Aaron began his musical training playing the bass guitar. At 14 he began writing, and recording original music, playing guitar, piano, bass, and singing. His passion for music production and composition grew throughout high school, and upon graduation, he enrolled at Algonquin College, for “Pre Music Production”.

This degree made him eligible to apply to “Music Industry Arts” a prestigious program held at Fanshawe College. It is at Fanshawe that he discovered how to bridge the gap between his love for film, and his love for music, and inspired him to compose original scores for film.

After graduating with honors at Fanshawe College, Aaron worked tirelessly to improve his craft of film composition, enrolling in Berklee School of Music in “Orchestration”. Aaron was then introduced to Matchbox Pictures, and received the opportunity to score their first feature film entitled “Devil Seed”. Devil Seed went on to great success, being released in 55 countries worldwide, and grew to number 1 on Itunes in the horror section for several weeks, as well as being in the top slot on many VOD channels.

Since then, Aaron has scored five other feature films including: “Clean Break”, “Silent Retreat”, “Kingdom Come”, “The Walk”, “God Forgive Us”, as well as numerous shorts. Currently, Aaron is signed on to score many feature films filming in 2014, and 2015. 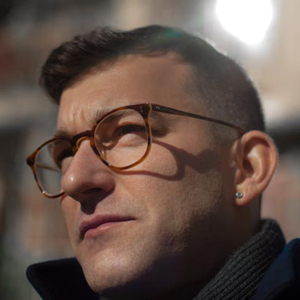 From his native London, Andrew has worked in the film and television industry for 20 years. His passion for colour finishing was further strengthened when he was drafted to work on the first Digital Intermediate at Cinesite(Europe) on the ten-part war epic Band Of Brothers. From there he has worked with many of the world’s most renowned filmmakers, recently in Hollywood and presently New York City.
A perfectionist, he brings a new level of creativity and passion to every show of which he has been a part. Andrew's work on the film Looper, with Steve Yedlin and Rian Johnsson, really captures the art of the Digital Intermediate.
Personal Link ×