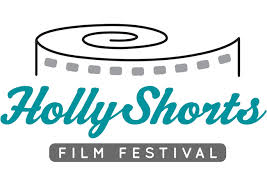 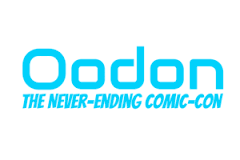 HollyShorts 2015: An Interview With Ellen Gerstein 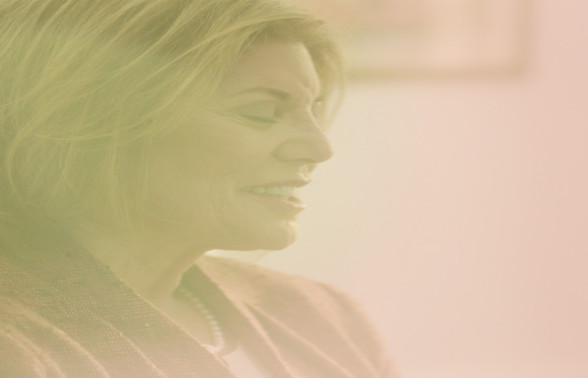 Ellen Gerstein is a wonderful actress and comedian who has been seen in shows such as Shameless, Southland and The Whole Truth. She’s currently promoting her new short film “Come Away With Me”, which she wrote, directed and stars in alongside Charlie Robinson. The film will premiere at this years HollyShorts film festival, which is an incredible story of love, tragedy and the wonder of what could have been.

Oodon had the pleasure of talking to her about the film, working with Charlie Robinson and writing the titular song. Please enjoy this conversation with the sweet and incredible Ellen Gerstein! Information about the film can be found here.

Ellen beat me to the punch by asking me what we wanted to talk about, something I was personally thrilled by.

Oodon: Well, I’d like to hear you talk, mostly, and have you tell me about this wonderful movie!

Ellen Gerstein: Oh, you saw it! 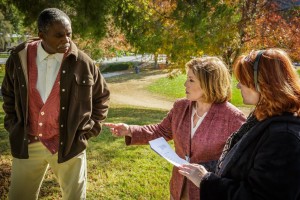 EG: Oh, thank you! Well, the movie started out as a short play [A Couple of Horses Asses, written by David Fields], and I just wanted to play this part and direct this movie because I felt like I had a feel for this part. And I brought in Charlie [Robinson], who’s wonderful, and we know each other from the Actor’s Studio, so we’ve known each other for many, many years but never worked together. We’d always said hi, ask how the other was doing. So when I read this, Charlie just came to my mind, because I thought he’d be terrific, and he’d never done anything like this. I called him, but he was busy doing film and TV work, so I told him “Just tell me when you can do it, because I’m not going to cast anyone else” and he asked who was playing Anne and I said me, and he asked who was directing, and I said me, and he said okay.

So that was it, and we got started, and it was just something really close to my heart. And I’ve had experience with something like this in the sense of having someone who meant a lot to me and we lost touch for so many years and I tried to get back in touch but I couldn’t find the person. I thought about how many other people must have that long lost love, and I thought that Anne was an everyday hero because she had the guts to stop the life that she knew and go back and find her one true love, and just like in life, she found him but it’s not always the way we want it. But I still felt like there was passion between them and I saw sparks from when they were high school lovers. And I realized that back in the sixties when you went steady you wore their ring around your neck, and you always had a song.

So I thought that we had to have a song and that the song has to be like the third character in the movie and that it had to be a sort of through-line, it sort of opens it, and then in the middle, she kind of sings it to them when they dance, and at the end, Holly Cavanagh from American Idol just wails it out, and Luis Eric Gonzalez composed the horns for it and he plays with Earth, Wind and Fire and it was very exciting. It’s on iTunes and it’s called “Come Away With Me Tonight”. It all just kind of came together, and I’m so pleased with it.

O: And I saw that you had a writing credit on the song. Did you write it?

EG: I was actually walking my dog, and I thought “Oh my God, they have to have a song! It means so much!” So I wrote the song in my head as we were walking, and I heard the music in my head. But the challenge was getting the dog and myself home before I lost it all. By the time I got home I lost the music but I remembered the words, so I wrote them down, and I was recommended to Catherine Grealish, who wrote the wonderful, wonderful music. I mean, I think she really nailed it.

O: That’s so fantastic. I wanted to ask next about what drew you to the play. You said that you had an experience with a long, lost love. Is that what drew you in?

EG: Yes, definitely. It was so in my heart. To be honest, I was wondering why I never had the heart to find mine. I mean, if Anne can do it and I’m playing Anne- and I think Anne gave me the guts to find mine and I’m not sure if he passed or I just wasn’t successful, but I couldn’t find him. But I’m still trying! [laughs] It’s a never ending search.

O: Absolutely. I also noticed that Michael [Robinson’s character] struggles with Alzheimer’s. Have you had any experiences with that?

EG: I haven’t had any personal experiences with Alzheimer’s or PSTD, but the character went to Vietnam and that’s where he got post-traumatic stress and in the rehab hospital where Anne found him he had Alzheimer’s. And I feel very strongly about those in the military when they go wherever they go and get post-traumatic stress and everyone was denying it, whether that be the government or the doctors. And it’s very, very real and it tears families apart, and so does Alzheimer’s. So I just wanted to put something out there to show what can happen and what does happen and what is now part of society and that we need to deal with it.

O: I think that’s fantastic and I totally agree. Tell me more about Charlie’s part in all of this since you two worked so well together.

“I was actually walking my dog, and I thought ‘Oh my God, they have to have a song! It means so much!”

EG: Charlie and I had been friends for years. But we never worked together, but he just loved the character and I knew he could do this character even though he’s never done anything like this before, because he wasn’t heavy-handed with it. That’s the thin line with a character like this, that it doesn’t go into a caricature. That it’s real, and that sometimes its more, and sometimes you pull it back, and I thought that he did it with such integrity and not at all heavy-handed.

O: I think that’s true. And it was really nice to see Charlie in a role like this, because it’s basically a long conversation. And I feel like that’s harder than most traditional acting roles. It’s tough because you have to be genuine for a really long time and there’s a lot of layers to the film. What was the approach to that, because there were a lot of time where you and Charlie were speaking, but there was another conversation happening at the same time.

EG: Right, exactly! And the dance! I love the dance, because when we were dancing, I feel like Anne was back in high school, dancing with her lover. And I think that Charlie being Michael felt the same way. Because afterwards, when I saw the shot, I saw his eyes and the way he curled up to me and how I curled up to him, I just felt like we were in high school again, and we were lovers.

O: That’s beautiful. And it’s great to see you tackle this type of film, because you did it so well and it really could have not gone well at all.

EG: Oh, thank you! You know, if I didn’t think I could have done it well and done it without being heavy-handed and not trying to put it in your face and show you, I wouldn’t have done it because that would have been a disaster and not have been done with integrity. But I just knew I could do it in a way that people could take it into their hearts, and they would relate to it with Alzheimer’s or PTSD or with long, lost loves or with anything that they’ve lost and wanted to find again. I just knew people could connect if I did it correctly.

O: And I really think you did. 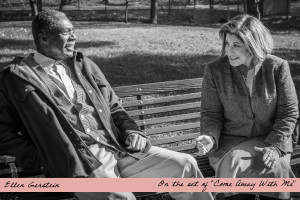 O: Of course, Ellen! I don’t think I have anything else, but I just wanted to tell you how much I loved the film and thank you for speaking with me.

Be sure to leave any comments in the section below!